Problems with over contributing to the Tax Free Savings Account

Because the Tax Free Savings Accounts are relatively new (introduced in 2009), some Canadians are facing problems with the over-contribution penalties. The rules state that you are allowed to invest $5000 per year into a TFSA. Putting in more, will create penalties.For many Canadians, the intent is not to over-contribute but some have discovered they have over contributed by accident. For example, Jake invested $5000 into a TFSA in February of 2009. In April, Jake takes out $3000 from his TFSA to pay some extra bills that month. In May, Jake gets a tax refund and then decides to put back the $3000 into his TFSA because he read that you can take money out of your TFSA and then put it back.The problem here is Jake must wait till the next calendar year to replace the $3000. By putting the $3000 back into the TFSA in the same year, he has actually over-contributed to the TFSA by $3000 and will incur a 1% penalty per month. Jake received a statement from CRA that he was has over-contributed to the TFSA by $24,000 (8 months times $3000) and must pay $240 in penalties.It's an honest mistake but the rules from the government clearly state you cannot do this.

Other articles about TFSA over-contribution penalties.


There is no shortage of information on this topic so rather than rewrite the great information that already exists, I thought I would use this opportunity to provide links to all the great articles and blogs who have delivered their insights on the topic.

TFSA Over Contributions at the Canadian Tax Resource blog.

Taxpayers hit with penalties at the Toronto Star – written by Ellen Roseman.

TFSA confusion leads to costly penalties for 70,000 by Rob Carrick at the Globe and Mail

TFSA Over-Contributions May Be Over-Penalized at Michael James on Money.

Qualifying Transfer definition at the CRA. This explains that transfers of TFSA money between financial institutions will not affect your contribution or withdrawal amounts for the year.

Jim Yih is a Fee Only Advisor, Best Selling Author, Financial Expert and a syndicated columnist. He is a sought after financial speaker on wealth, retirement and personal finance. For more information you can visit his any of his other websites www.jimyih.com and www.retirehappy.ca. Inquiries can be emailed to feedback@WealthWebGurus.com

Posted via web from JIM Yih 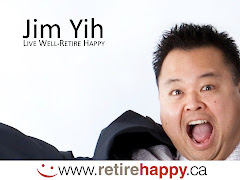